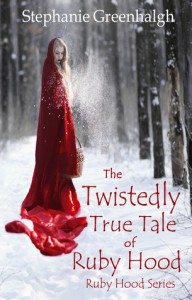 ** I WAS GIVEN THIS BOOK, BY THE AUTHOR, IN RETURN FOR AN HONEST REVIEW **

This book had a great intro. The whole nightmare thing created suspense, surprise and intrigue. It also made me smile, thinking about the Nightmare version of this story in the Novel Hearts anthology, which I loved.

However, I’m a little confused. Just below Chapter 1′s title, it says – Before… – and I want to know before what? Before the nightmare? How long before? (This does make sense later in the book when there’s as After… But at the beginning, it’s confusing and you think you’ve missed something.)

I have to admit that there are a few things that, not being acquainted with the US very well, confuse and surprise me. The first is the whole listening to an iPod in class. It’s alien to me. If we did that over here, we’d get an earful, detention, have the iPod confiscated and probably have a complaint made to our parents. Or at least, that’s what would have happened when I was in high school. Also, the Homecoming (which I assume is like a UK Leaver’s Dance), the freshmen and varsity ideas completely throw me off because I have no idea what they mean. Over here ‘freshmen’ and ‘varsity’ are associated with university, at least in all the TV shows and movies we see. To be honest, all I know of Homecoming, is from Vampire Diaries, because of Caroline. Other than that, I’m lost. I think I’ll need to read this with an American/English translator. Lol.

Saying that, Ruby Hood is a feisty, sassy independent girl, taking centre stage thanks to other characters. I really like Kent and Dylan, the ‘hot’ boys who fight over Ruby. Kent is loyal, a good friend, sweet and not at all overpowering. Dylan is a bit more possessive, right off the bat, which is both worrying and a little weird. But, saying that, Kent was a bit weird at the beginning too, with the whole ‘always being found hiding behind a bush’ scenario’. But it also made perfect sense later, as everything in the book does. Lilly was a nice little addition to lighten the mood every now and then. I will say that I didn’t like Kayla from the offset, which is good since I don’t think I was supposed to.

This is a a well paced novel about friendship, loyalty and love. The story moves along at a good rate, where you gets hints of what’s to come without having everything thrown at you. But it’s not slow either. When things start to happen, you get time to make up your own mind about what’s going on and what it all means for Ruby. There is one instance where everything happens a little too fast for me. Say around 50% of the way through at the pool. And those of you who’ve read it, will know what happens there and why I think that. So as not to give a massive spoiler, I’ll say only that as I began reading this chapter, I was utterly convinced that it was a nightmare similar to the beginning of the book. It seemed to happen out of the blue, with no warning or rhyme or reason and it was a little confusing when I realised it wasn’t a dream.

BUT…and this is a massive BUT – everything does make sense later. That’s kind of the key to the book. You might not quite get what’s going on throughout, but by the end, everything makes perfect sense. And when Ruby finds out what’s going on, you’re given her inability to believe it and a few snippets of what she knows so that you’re not just being told right off. I like that. It allows the reader to keep up with the story and feel as confused as Ruby does. So yes, all those bits and pieces of ‘I’m-not-quite-sure-what-just-happened’ are necessary. Because Ruby feels the same.

I will say that there are a few parts that I would have liked drawn out more or put in in more detail. E.g. the pool incident could have been led into a bit more, so it wasn’t such a shock and so confusing. I would have liked to have ‘seen’ Ruby’s training, rather than just being told about it afterwards. When she went away, it was all a bit sudden and left hanging in the air for me. It would have been great had we not gone from one event, to her returning after a month. It would have been nice to have maybe a chapter about her ‘quest’ to ease it all in. The story is always told from Ruby’s side so that could have been done. I also think the whole ‘powers’ thing was skimmed over. I get that it’s for the boys’ sake and to stun the reader with what she’s learned, but we didn’t even have a hint. It all just seemed to happen out of view.

The fact that I’m asking for more, should say a lot about this book. I can’t say much about the inner workings because it will give too much away. I really want you to read it and make up your own mind. Everything starts pretty much right away, so there’s nothing I can say that wouldn’t spoil it for you. Read it, enjoy it and tell me what you think. I want more and anyone who read the last chapter will know that we’re likely to get it. ;)

The Twistedly True Tale of Ruby Hood is a MUST READ! If you like fairy-tales, twisted fairy-tales or just a good old fashioned shifter romance, then try out this book. You won’t be disappointed.